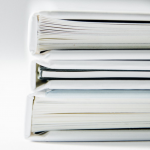 This is for all you proposal writers out there … Ben Yoskovitz at the InstigatorBlog wrote in 2007 about the top 10 reasons why proposals fail. His reasoning is still relevant in 2019.

A few of his most important points:

They don’t reference the prospect’s pain. Why did the prospect ask you for a proposal? You better have a crystal clear answer to that question. Too many proposals don’t reiterate the pain properly. Skipping that makes the prospect feel like you don’t get it.

They’re too technical. I know you’re the expert in your field — that’s why I asked for a proposal. You don’t need to inundate your proposal with buzzwords and industry-hooey. A prospect knows only a smidge of what you know about your business, and they don’t really want to know more. Your proposal fails when it sells industry mastery using language I won’t understand.

And of course, we’ve got to include this one:

They’ve got spelling and grammatical problems. A proposal with spelling errors is unacceptable, it’s as simple as that. Grammatical problems may be harder to catch. Three tips: Read it out loud. Write short sentences. Have someone else read it.

And I will be even more specific about that last part: don’t just ask “someone else” to read it … ask a professional copyeditor.

This post was originally written in 2007 by Samantha Enslen, President of Dragonfly, and has since been updated.