Jenny joined Dragonfly about six months ago at the suggestion of a former colleague (Molly Gamborg). She’d been editing and managing projects for about 15 years, and fit perfectly with Dragonfly’s collection of technical clients.

Her editing to-do lists covers everything from software books to articles on quantum computational physics. She loves tricky technical content and the challenge of bringing an author’s material and voice to a larger audience.

She spends her downtime, well … editing. She does “resume rip-ups” for friends and clients and is a beta editor for fanfiction writers. She’s even moderated fanfic panels at Comic Con.

“My favorite thing about editing is working with an author to chisel out the statue that’s hiding in their block of marble,” Jenny says. Her least favorite thing? “When there’s no statue to find …”

How did I get here?

Jenny says she fell into her career, almost by accident. (Like getting bit by a radioactive spider? Not quite.) On a whim, she applied to be an editor in Cornell’s Agricultural Economics department and landed in upstate New York.

“I’ve been incredibly luck in that I fell into doing what I love almost by accident,” says Jenny, “and I’ve only grown to love it more with each passing year.”

Although Jenny adored the work, she couldn’t say the same for the northeastern winters. After two years, she returned to California.

Although she’s still enamored with editing, project management might just be Jenny’s new crush. She enjoys parachuting into a project that’s underway, learning new systems, navigating personnel issues, and circumventing unforeseen bottlenecks. For Jenny, bringing everything together on time and on budget is rewarding — and never boring!

Jenny also loves camp style and says the Camp: Notes on Fashion exhibit at The Met this summer was really good. She recently helped curate a friend’s growing fashion blog inspired by the exhibit.

When she isn’t digging into content, she also loves digging into her surroundings. “I’m a keen city explorer,” Jenny explains. “I love finding weird museums or quirky points of interest.”

City-exploring fuels her other hobbies: She describes herself as an amateur photographer and runs a handful of photo- and music-based blogs. After a long day working with words, she finds the visual and sonic worlds relaxing.

Music is her media of choice, so her biggest indulgence is attending concerts. Luckily, Los Angeles is nearby and full of amazing music venues.

Jenny has other powers too.

“I can turn any 12 themed photos into a highly entertaining and surprisingly accurate zodiac post,” she says.

We foresee a fruitful and long-term partnership …

This post was written by Melissa Blevins, a copywriter at Dragonfly Editorial. 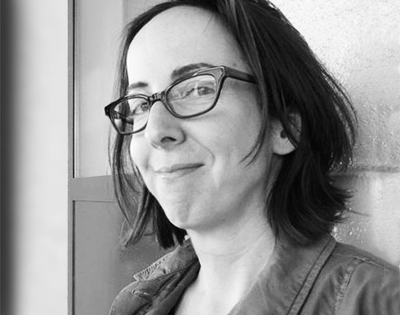