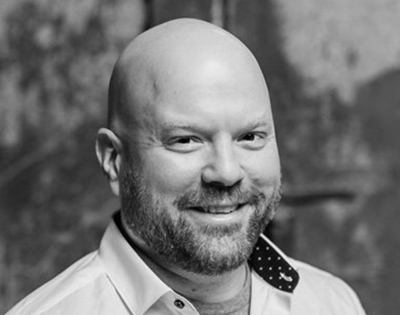 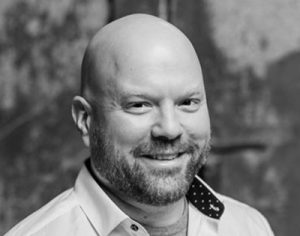 From improv comedy to mommy  blogging, Dragonfly’s Dave Nelsen maintains a truly impressive repertoire. Fortunately for us — and our clients — his talents also include top-notch editing and writing.

Dave began his wordsmith career with a degree in journalism. After graduation, he honed his editing skills at a not-for-profit, where he edited departments and features and coordinated submissions for a monthly quality-control magazine.

His favorite project to date: “Editing my brother’s dissertation and subsequent book, Educating Milwaukee, which is about the desegregation of Milwaukee Public Schools in the 1970s and 1980s.”

So where does the improv come in?

“I’ve been performing and teaching improv comedy since 1997,” explains Dave. “With two kids and plenty of editing work coming in (knock on wood), I don’t do it as often as I used to, but I still try to do three or four shows a month. At my busiest, I was doing seven or eight shows a week. I also run team-building workshops that (I swear!) are a ton of fun.”

He shares his passion for improv with his wife, a fellow improvisor and a high school art teacher. And, as it turns out, improv played a role in bringing Dave to Dragonfly back in 2016.

“A student in one of my classes was a Dragonfly writer. She connected me with Sam [Enslen] and Magi [Walker]. Dragonfly and I were already following each other on Twitter, so we had that going for us,” Dave says.

He became part of the Dragonfly editing team and has since added writing on a long-term project to his duties.

When it comes to editing, Dave likes a challenge.

“I get a deep, inexplicable satisfaction when I take a confusing, heavy, jargon-laden behemoth of a paragraph and boil it down to something clear and understandable,” he says. “Of course, it can be frustrating when people you meet don’t know what a copyeditor is. Every writer needs one, but it can be hard to convince people of that if they don’t know what we do. ”

When he isn’t crafting content or improv scenes, Dave still has plenty to keep him busy.

“My kids, who are 6 and 10, are adorable and exhausting and provide me with the most joy I’ve ever experienced,” he says. As for hobbies, Dave enjoys “writing and exploring word origins, reading, following baseball, and staring at my phone.” A Milwaukee resident, Dave is a Brewers fan (naturally). Plus: He’s a “mommy blogger.”

“Yes, I know I’m a dad,” he says. “But the local chapter of a mom blog network was looking for a token dad to join their team of about 30 moms, and they found me.”

This post was written by Lisa Péré, a writing manager at Dragonfly Editorial.