Writing in the Age of Tweets and Status Updates When I tell people that I’m a writer, I receive a smorgasbord of responses and questions. The first assumption being, more often than not, that I’m working on a book. (I’m not…yet.)

I feel that many have been conditioned to think of writing in a one-dimensional kind of way. As though writing must be, and can only be, something worthy of engravement upon marble-carved tablets. Very permanent, official, and intentionally refined. Sometimes I wonder if I hopped in a time machine and found myself a throwback occupation from eras past.

Being a Writer (capital W) can feel like an anachronistic concept, particularly in the context today’s emoji-filled Instagram captions and Twitter rants. Punctuation-less thoughts, scrawled in abbreviated text that reads like Prince album liner notes, fill our subconscious as well as the airwaves. Sometimes, I picture myself as a dinosaur sitting at a typewriter.

But the reality is that writing isn’t a static concept. And it’s far from extinct.

There will always be a need for good writing, whether it takes the form of a newspaper article or a book, or content featured on a blog or website. Writing isn’t gone, it’s just that the channels and venues in which it is transmitted have evolved and multiplied.

True, a 280-character tweet is a far cry from an opus written on parchment. Although, I think it’s possible that the ephemeral nature of social media grounds us in our shared humanity, a venue for visceral emotion and the public cementing of otherwise fleeting thoughts.

In fact, I would argue that writing is more alive now than ever before.

Sure, it has a different feel than in decades past. I’d guess that most aren’t painstakingly drafting manuscripts in leather-bound journals as I would imagine Hemingway doing, daquiri in hand.

But, thanks to technology and the advent of social media, millions, if not billions, are using the written word to express themselves, to share knowledge and ideas. And blogs have democratized the collection of voices and viewpoints out there. They have opened direct channels to the powerful.

The private sector has taken note, too. Most major companies have Twitter and Facebook accounts, or at very least, websites. They grasp the changing landscape of communication and have risen to the challenge, to meet their customers where they like to read their news.

All this is to say: ignore the panic. The written word is alive and well. You just need to know where to find it – it’s all around you. 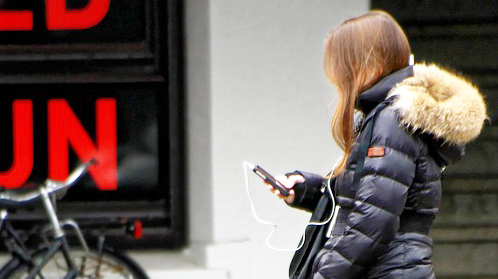