Thoughts on the Past Weekend’s Events

Several colleagues have written me this week about the shooting that happened in Dayton last weekend, offering your condolences. Thank you. It does hit home for me and for Dragonfly.

For those of you who don’t know, I grew up in Dayton, as did my sister Lexy, who’s our designer. Our office is about 15 minutes from downtown Dayton. Several of our writers and live here, as do our accounting folks, and our marketing coordinator’s family.

Over the years, I’ve spent a lot of time in the Oregon District, as has just about anybody from Dayton. It’s kind of the heart of our downtown. It stretches just three short blocks, along East 5th Street between Patterson Boulevard and Wayne Avenue. But in those three blocks are about 15 restaurants and bars, a tattoo shop, a comedy club, a coffee bar, a distillery, a plant store, a hat shop, a Goodwill, a record store, a barber shop, and an “adult” accessories store. Just about whatever you want, you can find there.

Two years ago when we had a Dragonfly retreat here in Dayton, our editorial manager Magi stayed at a B&B in the district, and we all ate at Salar, a Peruvian restaurant right on 5th Street. I’ve arm wrestled for charity in the district, and my husband’s monthly film club meetings are held there. Just a month ago, I celebrated my 50th birthday there with my husband, my parents, and Lexy and her husband. (We went to Corner Kitchen, one of the newer restaurants in the district, and got my favorite treat: BLTs made with pork belly instead of bacon.)

I could go on and on about how much time I’ve spent in the Oregon District over the years, what the area means to everyone in Dayton, and how critical it is to our city’s economic and cultural revival. I could say that choosing that location for a massacre is particularly cruel, but I’m not sure it’s any more or less cruel than any other location anyone else has chosen. It’s just a place where a lot of people were going to be. I’m not sure it held any special meaning to the killer beyond that.

I’m not an activist. I haven’t been since I was a Women’s Studies major back in college and was a regular at women’s rights marches on the National Mall. I remember taking my bra off during a Fourth of July celebration there and waving it around in the air. I’m not sure what kind of political statement I thought I was making … but it seemed like the thing to do at the time.

One of the things my professors did emphasize back then was that “the personal is  political.” I guess I took that to heart because today, I approach the world’s problems in a very personal way, rather than in an actively political way.

After the incident on Sunday. my husband and I sat down with our kids and talked about the need to see people … really see people, and be willing to see what they’re going through. We talked about reaching out to people who might be hurting. We talked about giving people who seem angry or rude the benefit of the doubt, because you never know what they’re going through. We talked about the butterfly effect of kindness: that you can never underestimate the ripple effect that one tiny act of kindness might have on the world around you. How one smile, one kind word, one attempt to counter anger with understanding might soften someone’s heart … how they in turn might be a little bit kinder to next person they meet … and so on.

Our 9-year-old told us how she was standing at a vending machine up the street from us when she was approached by a woman passing by. Our child must have looked particularly forlorn, because the woman asked her if she needed change. Our daughter said that she wanted to get two sodas, but didn’t have enough for the second one. The woman handed her a quarter. In response, she bought a second soda …. but not for herself. Instead, she brought one home for her older brother as a surprise. Our child told us that she felt such joy at the woman’s unprompted kindness. She clearly felt inspired to act the same way in response.

There’s no right thing to say in situations like this one. There’s no one right thing to do in response. For me, today, I’ll choose to keep doing what I’ve been doing: trying in my own imperfect way to serve my fellow humans; to be helpful whenever I can be; to try and see what’s valuable and strong and good in the people around me, and reinforce it.
I’ve said many times that our purpose at Dragonfly is not to write and edit and design things. Those just happen to be the activities we’re good at, and that we do every day. Rather, our purpose here is make our customers’ and colleagues’ lives just a little bit easier. To give them a hand, and to have their back, when they’re stressed and have too much to do. To approach our work with good cheer and good humor, knowing that our positive emotional energy will affect everyone we interact with. To take pride in our work and do an awesome job of it, which in turn will help our customers succeed in their own careers.

You could put all of this in the category of “just be nice.” That’s not a dramatic purpose, nor is it a glamorous one. But I think it’s important. And I’m so grateful that all of you share that purpose with me here at Dragonfly. Thank you. 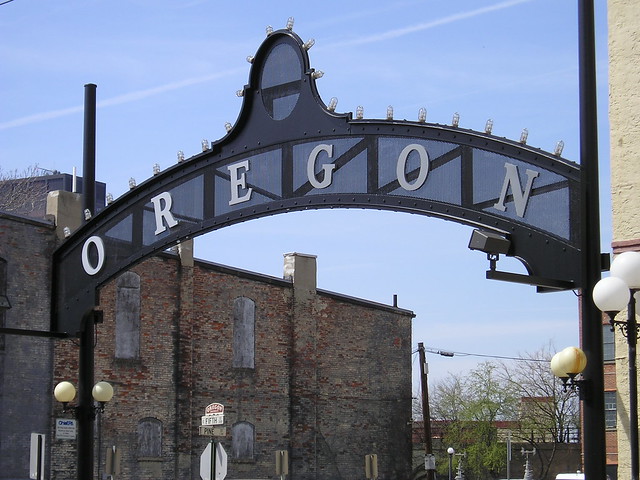 In this annual time of reflection and gratitude, let’s remember to give thanks for music.