Test and Stretch Your Numeracy

Raise your hand if you pursued writing or editing because there were fewer math classes involved. Or at least considered it a perk? I see you. And I count you as friends.

Crazy important. According to the numeracy experts at Poynter, writing about numbers entails more than just checking the math and including the correct digits in your story. A number can be misleading, even if it’s accurate. Misinformation is dangerous, so every poll number, vaccination rate, inflation figure, employment statistic, and the like has to be mathematically correct, contextually accurate, and clearly understood.

Skilled writers and editors give readers enough context to visualize a number (e.g., the size of a football field), without exaggerating its impact. That requires number crunching and critical thinking skills.

When content includes numbers, writers and editors should ask:

These details should be transparent in the story so the numbers reflect the situation accurately and fairly.

Poynter’s Math for Journalists class walks through some of the trickier numbers situations writers encounter. The class uses published media stories to demonstrate how the principles were applied correctly. (Proof that you will, in fact, use math someday.)

These facts stood out:

More vs. As Many

As of 2021, the U.S. Census Bureau says an average American family consists of 3.13 people — even though no American families have 3.13 members.

Writing about what’s “average” can be misleading. To help, be clear about how the average was calculated. Three options you might remember from middle school are mean, median, and mode.

But watch out: If your number set includes any outliers, averaging the data can skew the results — and affect accuracy.

What if you need to know the average of several averages? You cannot average them! You need to adjust your calculation for the importance or size of each data set (i.e., its weight). Weighted averages are commonly used to report stock prices — even though we only remember hearing or reading “average.”

You could use weighted average to report on school salaries where there are more teachers than high-paid administrators. Pollsters sometimes (but not always) weigh the responses they get by the proportion of each demographic in the population. By doing so, (they hope) the results more accurately reflect the views of the people.

How the average is calculated can drastically change the result — and the message to readers. As writers and editors, we need to make sure the math is correct and the calculation methods are transparent.

The difference between percent change and percentage points isn’t commonly known, so it can be used to mislead readers. AP Stylebook reminded its Twitter followers:

You have to know the base number to calculate the rate of change. If you don’t have a base number, you’re likely comparing percentage points. Remember:

Percentile rank is another animal altogether. It describes how someone or something performed compared to others. For example, someone in the 90th percentile performed as well as or better than 90% of the group.

But that doesn’t mean they performed well. A student could earn a poor grade (50%) and still rank in the 90th percentile of the class. As writers and editors, we need to assess whether the percentile rank is a relevant judgment of performance.

Correlation does not equal causation. That’s pretty simple. As writers and editors, we need to make sure the numbers we’re given have meaningful relationships (or any relationship at all). The “before and after” numbers should be apples-to-apples comparisons for the data to be presented accurately.

Don’t gloss over the numbers in your stories. Part of writing and editing is fact-checking the figures we get from clients and other expert sources. With basic mathematics, we can at least give ‘em a good sanity check.

You don’t have to memorize any calculations. Online calculators are trusty little helpers — as long as you have enough mathematical know-how to tell when something’s “off.”

If you want to dive deeper into averages, rate, risk, polling, margins of error, or government statistics, help is out there. Aside from the Math for Journalists class, Poynter recommends:

Edited by Kathryn Flynn, who remembers the difference between mean, median, and mode with this mnemonic device: It’s mean to call somebody average; the median goes right down the middle of the highway; and mode is another word for “fashion,” which is the most popular style. 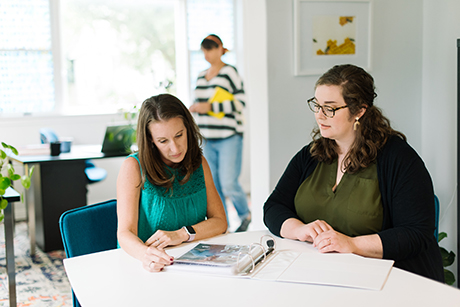