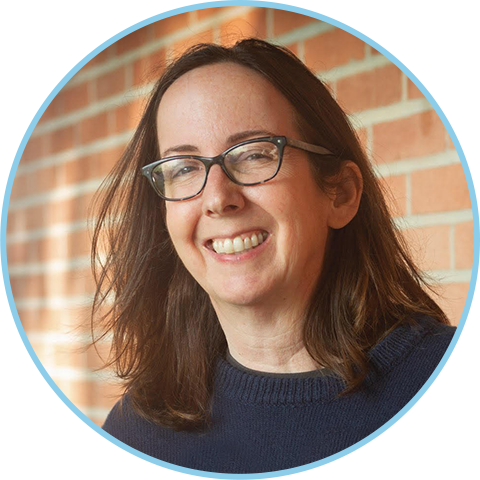 “There’s something about the positivity mixed with professionalism that makes Dragonfly such a tremendous place to work. Our clients approach us with that same attitude, too, so it’s nothing but win-win!”

Jenny is a deadline juggler extraordinaire, with 20+ years of experience in the world of technical editing, publishing, and project management.

Jenny joined the Dragonfly squad as a contractor in 2019, helping to lead specific projects as well as jumping in to edit reports large and small. In 2021, she earned her official wings on staff as a senior editor before quickly moving on to project manager, and she hasn’t looked back since!

Jenny’s editing career started at UC Davis in the 1990s, where she worked in the campus newspaper’s advertising department, proofing ads and overseeing graphic artists (she also had a job on campus installing telephones for UCD’s IT department that meant she got to drive a swanky golfcart around, but that’s a story for a different field).

From there, she moved on to work as an in-house editor for Cornell’s ag econ department for two years before she said nuts to this weather and moved back to California. Joining the IEEE Computer Society’s publication team in the early 2000s, she worked her way up from assistant editor to senior editor to team manager, which also involved launching a new magazine, running the Society’s flagship title (among six other smaller titles), and keeping the wheels running smoothly on her seven-person staff.

The freedom of being a freelancer called when her son started first grade, so Jenny joined a small editorial services company launched by three ex-coworkers and gained a wealth of experience on a truly eclectic set of editorial projects—go on, ask her anything you like about the supply chain, soft skills, computer security, employee recruiting, or international trade agreements, to name just five.

When she’s not pushing pixels, Jenny loves to get behind the wheel and explore Southern California’s hidden food gems and unusual museums with her family.