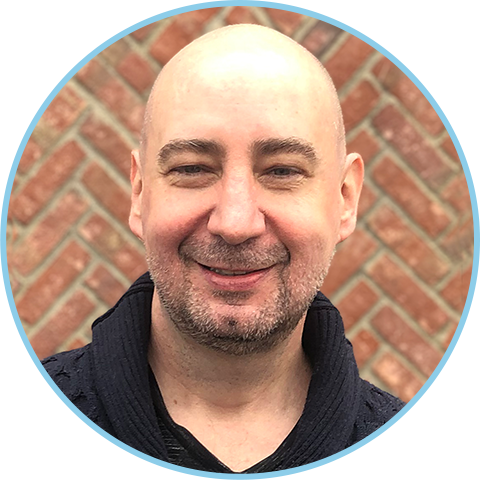 “Each day Dragonfly Editorial offers me the opportunity to challenge myself, to continue to grow professionally, and to interact with and learn from a diverse and talented group of people. And having the ability to be creative every day while also helping clients achieve their goals is less like work and more like fun!”

Daniel is a graphic designer and communications specialist with more than 20 years of experience. He began his professional career in public relations, serving as a writer and an account executive before becoming a graphic designer. He now creates graphics for print and the web.

Early in his post-college journey, Daniel pursued his love for aviation by becoming a flight attendant with Continental Airlines. After traveling extensively for several years, he settled in Columbus, Ohio, and took a position with a local public relations firm. There, he worked with clients in education, law, publishing, health care, and the nonprofit arena.

Daniel then started freelancing in design and worked for several years with many local small businesses and sole proprietors throughout central Ohio. He landed a role at Nationwide Insurance, where he served as both a writer and a designer for almost 15 years. More recently, he’s worked as a package and digital designer for Big Lots and contracted with notable corporations like Zaner-Bloser, Mount Carmel, and OCLC.

Daniel is Dragonfly’s graphic designer and creates a wide range of content for clients in financial services, international development, science and medicine, and other areas.