After a certain number of years in the newsroom, every journalist has an oddball collection of facts and a few good stories. Kathryn Flynn has those — plus a patent and a killer sense of humor.

She was trained as a journalist at Indiana University, which was far enough from her hometown in Pennsylvania that she couldn’t duck home for the weekend. After graduation, she worked for daily newspapers in Pennsylvania and in Maryland, where she mastered the ability to juggle multiple writers, editors and deadlines.

Kathryn served as Features Editor and Assistant City Editor for The Capital, a daily paper in Annapolis, where she oversaw breaking weekend news and was in charge of the lifestyle and feature sections. She also wrote a humor column for the paper for several years.

Around 2010, Kathryn transitioned out of the newsroom and into corporate communications. She supported the business development team of an Annapolis-based telecommunications company through proposal writing and editing.

While in that role, she submitted a suggestion that led to a patent. She imagined an app that would help people find available parking spaces. Her company adopted and patented the concept (but not her suggested name: Find Me a F’ing Parking Spot).

After freelancing for Dragonfly, Kathryn joined the team full-time in 2016. She supports a number of client needs – ranging from corporate transcription projects to international development proposals.

When Kathryn has your project, “Everything is well cared for, like a baby,” she said. “I am not the speediest editor, but I am very thorough and I take great care.”

When she’s not editing for Dragonfly, Kathryn is often … editing. Years ago, she helped fact-check a colleague’s travel book. This was “before the internet,” she says, so she had to use phone books from the library to confirm details, like restaurant hours and addresses. Her thoughtful editing and careful fact-checking led to a freelance career editing travel books, cookbooks and historical biographies that has lasted more than 20 years. She also freelance copyedits mystery shopper reports and the occasional technical document from former colleagues.

Kathryn enjoys the variety of her work. She also prefers to experience things like kayaking and bears through manuscript pages, from the comforts of her home. She’s not much of a traveler, aside from trips to the beach with her daughter and extended family.

She loves hanging out with her friends, family and a glass of wine, she says. She loves college basketball, the Orioles, and other people’s dogs.

She’s not much of a bookworm, because she’s “always editing.” Instead, she prefers old, silent movies. She’s impressed by what filmmakers created with a dearth of words. Sometimes, it’s interesting. Other times, horrible — especially given the “special effects” of the time. The best part, she said, is there are “no words.”
This post was written by Melissa Blevins, a writer at Dragonfly Editorial. 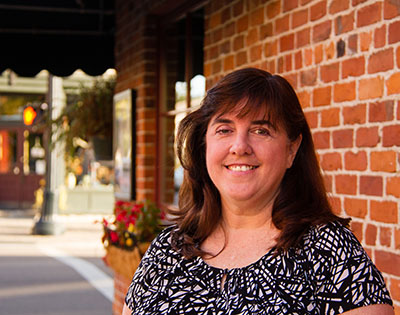