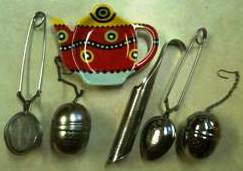 How do Dragonfly staffers greet the day? With caffeine, of course. I polled our writers and editors to find out everyone’s favorite morning pick-me-up. Here’s what I learned:
Jennifer Lorenzetti combines coffee with her favorite music:

I drink dark roast made in a traditional stove-top percolator mixed with local, raw honey. Usually two cups. The rest of the morning ritual? iTunes playlists get me going first thing in the morning. Traditionally, my wake-up song is “Fruitcakes” by Jimmy Buffett. Then, I either switch to old-school rap and 1980s heavy metal, or to salsa music by my favorite band, Caribe of Key West.

I’m a coffee person. I make mine in a regular coffee machine, but like to grind the beans fresh so I can savor the aroma a little more. And my morning isn’t complete unless I do some yoga and deep breathing, even if it’s only for 15 minutes on busy days.

Imee Curiel mixes it up by the season:

Coffee. All the way. Tea is much too polite and civilized for first thing in the morning. It takes high-octane fully caffeinated coffee (tempered with a little cream and sugar) to kick my butt into gear for the day. In the winters I drink coffee brewed in my French press at home. In the summers I usually splurge on iced coffee from Dunkin’ Donuts.

Mary Berry loves coffee—but is trying valiantly to cut back:

I’m tired as I write this, because I’m not getting enough caffeine these days! About a month ago, I decided to cut back from my six large mugs of strong coffee a day to see if I’d feel less jittery and more energetic. I went right away to two and a half small cups of coffee (with the occasional weak cup of tea in between when I’m really desperate). Miraculously, I didn’t get headaches and now, after a month, I can report that I do feel less jittery but NOT more energetic. Oh well, it’s bound to be good for me!

Lexy Nesbitt has been a java nut since birth:

It all started on a bright September morn in the year 1971, when a mewling newborn eschewed mother’s milk…for an espresso. Just kidding. Coffee all the way! It’s the first order of business every morning, even the dogs have to wait to be fed while I get the coffee pot started. I tend to power up early with three or four cups, then occasionally indulge at the coffee shop for a late afternoon refresher. Tea is for summer only, on ice.

To me, coffee is as important a tool as a computer, printer, and Internet connection. I can’t function without it. I usually enjoy the ritual of driving down a rural road a few miles a way to the convenience store, where the coffee is always fresh. I cannot stand coffee that is sitting on the burner for more than a minute, as it begins to dilute and thicken. I get a big 20-ounce cup and put in some cream, no sugar, and am instantly happy as I drive back home waiting for it to cool just right so I can begin sipping it.

For Magi Walker, coffee is a personal affair:

I love coffee. My daily jolt is a doppio (double espresso) with a splash of almond milk—at least twice a day. I am decidedly not a morning person, despite all of its enticements. It’s the coffee that pulls me out of those comfortable covers. My espresso machine (a Rancilio Silvia) was a birthday gift from my husband, Van, several years ago, and the beans are Brazil Poco Fundo lovingly roasted to dark perfection by my friend Jeff at Three Bears Coffee.

Laurie Wells is an equal-opportunity caffeinator:

For the first hour of the day, I cling to my coveted bright-orange Oprah mug of soy latte so tightly that I mostly likely get as much caffeine through osmosis as from imbibing. Years ago, I bought a professional-grade espresso machine, and it sits in a place of honor untouched by the rest of the debris that accumulates on the countertops.

However, I’m a capricious and unloyal hot drink consumer as the day unfolds. After that first cup of coffee, I’m just as likely to make a cup of decaf green tea or a bombilla of yerba mate as a second morning beverage. And though my tastes are fickle, I’m far from an elitist; when traveling, I love squeaking into a booth at a greasy spoon and enjoying a mug of acidic black coffee, a bunch of cream, and packet upon packet of sugar.

Among our tea enthusiasts is Monica Schultz. For her, tea offers inspiration:

I start with a pot of Irish or British Breakfast in the morning. Not a small pot; a large, stainless steel pot previously used in a professional kitchen and picked up for a song at a rummage sale. My collection of tea cups and mugs also come from rummage sales and thrift stores. They inspire me to daydream of the types of people who would have used and discarded them.

My husband and I are so addicted to Harney & Sons tea that we order the stuff online and have it shipped to us, because we haven’t found it close to home. I brew a cup every morning just as I’m getting ready to sit down and get to work…or go cheer on my kids at a soccer or basketball game…or head to a library story time…or, well, you get the idea. Every morning before I do anything!

Julie Henderson brings high-tea luxury to her everyday routine (see her supplies in the photo above):

I brew loose tea in a strainer or a bag of Tetley’s or Twinings English Breakfast plopped into a largish mug. Black, no sugar. Always one mug, sometimes two. Occasionally I’ll make a pot of tea and drink it from a daintier tea cup. I have a selection of tea cups from which to choose and the necessary tea-making paraphernalia!

Mary Ann Chang likes to soak up the sun:

I like tea. Unsweetened ice tea. Especially sun tea. As a young adult living in southern California, I learned the magic of brewing tea in the sun. And I’ve been hooked ever since. Any clear jug, a couple of large tea bags, cold water, a few hours in the warm rays of the sun and voila: sun tea! Over the years I’ve continued to steep the precious elixir…in Pennsylvania, in Ohio, and now in Arizona. And I must admit it seems best when brewed in the direct sun of the southwest.

I drink both, but usually not more than one cup of each per day. I lived in Scotland for a few months when I was in college and fell in love with Assam, a strong, flavorful black tea–I think it’s the base for chai. Assam is the tea for when you want a cup of coffee!

…as does Dragonfly president Samantha Enslen:

The first thing I do when I get up is walk straight to the kitchen and make a cup of dark roast in my Tassimo one-cup brewer. To be honest, it’s not the best coffee in the world, but it’s hot and it’s ready immediately. I usually have another cup of dark roast and maybe one espresso (also made in the Tassimo, also not the greatest) each morning. In the afternoon, I switch over to loose-leaf tea in a cast-iron teapot. I’m not even going to start on the different types of tea I like…it could get really boring really fast.

Meanwhile, Dee Powell abstains from coffee and tea alike, but finds her own way to indulge:

I drink lots of hot chocolate, all year round. More in the winter, sometimes several cups a day with marshmallows. Sometimes, I make a hot chocolate toddy (a little rum and Bailey’s Irish Cream with whipped cream on top)—after work, of course.

There you have it. On the eternal question of coffee vs. tea, it seems we’re a staff divided. What we share: first, an adherence to ritual. That’s no surprise, given that most of us work from home: when you’re in charge of your own schedule, routine helps.
And second, we’re united by a weakness for steamy, stimulating beverages of all kinds. So whatever you do, don’t get between a Dragonflier and his or her morning cuppa. Some call it dependence; we call it love.