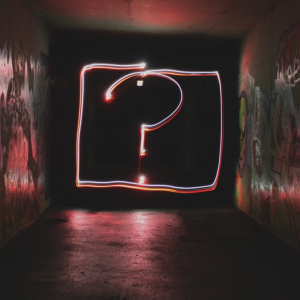 In light of the kerfuffle over the AP’s hyphenate about-face, it’s clear that as editors and writers, we do become attached to our rules. But language is fluid—as is grammar, to an extent. Sometimes rules truly are meant to broken. When is a rule worth fighting for? In this previously published post, Dragonfly editor Molly Gamborg considers the differences between a rule and a personal peeve.

As a baby editor, excited to be starting my career and filled with just enough knowledge to be dangerous, I latched onto a few grammar “rules” that I applied across the board. It didn’t matter if the text was formal, like a peer-reviewed paper, or more conversational, like a blog post, letter, or even a YA novel: rules are rules. But I didn’t realize at the time that many of the grammar rules that I defended so strongly weren’t really universal rules at all, but my own pet peeves and preferences.

Along the way, better, more seasoned colleagues helped me see the value in moving from prescriptivism to—well, if not descriptivism, something in between. The more material I edited and discussed with colleagues, and the more I read different style guides, the more I came to realize that grammar rules are like etiquette: they function best as guides to put others at ease. Rules applied without consideration of the context can make a text sound silly, pretentious, or confusing, whereas thoughtfully applied style choices aid readers by conveying information clearly and consistently.

I still have some preferences for language. I will probably always use “fewer” when counting things, and most of the time, I still prefer to recast sentences to avoid the singular “they.” But hopefully, my experience has helped me to become the type of editor who can refrain from correcting her former pet peeves when the context calls for it. To that end, I’ve sprinkled five of my former stylistic bugbears in this article. If you’re anything like me, you’ve already noticed them—but if not, here are the five “rules” I broke:

This post was adapted from a previously written post by Molly Gamborg, an editor at Dragonfly Editorial.