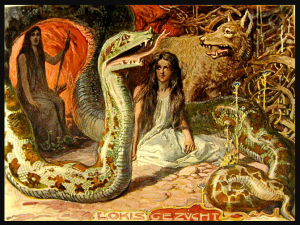 Being an editor is fun. If you’re like me, you love catching and fixing mistakes. But sometimes, we fix things that don’t need fixing, following rules that aren’t really rules.

And sometimes, we want absolute certainty in our rules … when we actually have a little room to use our judgment.

Here’s one of those cases.

For example, you wouldn’t normally use a comma in sentences like these:

I hate doing the dishes and really can’t stand vacuuming.

The computer froze up and then completely crashed.

The company has 25,000 employees working in 15 locations and employs an additional 10,000 contractors.

You can use a comma in sentences like these. Do it when you want to draw attention to the contrast between the two parts of the sentence.

Here are a few examples of when you might do that:

I hate doing the dishes and vaccuming, but honestly don’t mind taking out the trash.

The computer froze up, then suddenly came back to life.

The company has 25,000 employees working in 15 locations, but is reported to be filing for bankruptcy.

The general rule is to avoid a comma in the second part of a compound predicate. But use your judgment. Don’t be dogmatic about removing it if the author put it there for a reason.

Fogarty, Mignon. It’s OK to use a comma when it normally wouldn’t be needed. August 15. Grammar Daily 2018.

This post was written by Samantha Enslen, President of Dragonfly Editorial.