Assuming Albert Einstein was right when he said “politics is more difficult than physics,” we might have a genius in our midst. Although writer/editor Nancy Brooks is able and willing to tackle just about any topic for Dragonfly, much of her expertise lies in politics.
Nancy’s work in government began with her very first job. With a freshly minted degree in public policy from Princeton, she started out in Washington, D.C., working as a legislative correspondent for a New Hampshire congressman. “I was one of two people in the office that drafted almost all the responses to constituents who wrote in and asked questions,” she says.
After about a year and a half, she moved to Vermont and worked as a copywriter for an ad agency in Burlington — “It’s Vermont’s largest city, though that’s not saying a whole lot.” Though a far cry from Madison Avenue, the job gave her the chance to develop her marketing skills.
Next, she expanded her talents in the role of marketing director for a family-owned chain of retail stores in Vermont. “I picked up other skills, like graphic design. I taught myself Photoshop, TV production, media buying,” she recalls. “I was the one-woman band for that company, so I learned a ton.”
Nancy also started freelancing, eventually turning to that full time. It was then that she returned to her political roots. “I started doing work for candidates who were running for office. I would design their brochures, help with their websites, and write press releases for them,” she says. Among her clients was Phil Scott, who was running for lieutenant governor of Vermont. “I was hired to design the logo, and I just kept getting drawn in further and further. I ended up doing a lot of work for his campaign, and he won.” She then applied to be his chief of staff, and soon found herself working for him in Montpelier.
Later, when a position opened as chief marketing officer for the state, Nancy applied — and got the job. “It was something I had always eyed as my dream job,” says Nancy. “That was really my career trajectory until I had two kids. Then I went back into consulting, working for myself and being able to really manage the volume of work and set my own hours. That’s where I am now: full circle.”

Though most of Nancy’s time in politics was spent behind the scenes, she did hold office about 10 years ago, serving on a selectboard for Berlin, Vermont. (Selectboards are the executive arm of the government of New England towns.) “It was a lot of fun. I would definitely do that again,” she says. “But something bigger and more visible? No. I prefer to be the woman behind the curtain.”
The experience helped her appreciate the challenges of governing. “I found that, even at the local level, it takes a lot of courage to really be visible and out there. Public access TV is taping the meetings, people are watching, people are sitting there,” she explains. “It takes a lot of courage to make a hard decision in front of people, so I have a ton of respect for anybody who does that, regardless of what their opinions are.”

Nancy started writing and editing for Dragonfly about a year and a half ago, shortly after replying to an ad on freelancewritinggigs.com. “I was excited to find some other people that kind of nerd out about editing,” she says. Though she initially started as an editor, Nancy soon started taking on writing assignments as well.
She particularly enjoys projects like a recent editing assignment: a Bain & Company report on wealth in China. “I liked it because I learned something new from the report. It felt like I was kind of back in college again, but without the test at the end,” she says.
It was also typical of the work she most enjoys doing for Dragonfly. “I love the projects. They’re not marketing copy kind of projects. They’re a little bit more meaty and cerebral. I like that,” says Nancy. “I also love the fact that the work comes to me, to be honest. And I really like the people that I work with. It feels a lot closer than a bunch of people working remotely from their own offices. It’s very warm and friendly.”
When writing for Dragonfly, she enjoys interviewing people, then combing over her notes to put a story together. And editing? “I guess it’s taking a piece and making it flow better, improving upon it. I get a satisfaction out of fixing things.” At the end of the day, she enjoys both responsibilities. “They’re just different. It’s a different energy,” she explains.
Now I’m doing this?
Nancy was born in St. Louis, but spent much of her childhood in California before her family moved to New Hampshire when she was 14. Now she lives in St. Albans, Vermont — north of Burlington and about 15 to 20 minutes south of the Canadian border — with her husband Tayt and their two daughters, 4½-year-old Anna and 2½-year-old Amelia. In an interesting turn of events, Tayt works for Nancy’s former employer, Governor Phil Scott. In addition to her Dragonfly projects, Nancy is currently working on a yearlong brand refresh for a client, focusing on research, surveys, and focus groups in addition to rewriting the company’s mission statement, tagline, and website.
In their spare time, Nancy and Tayt enjoy … oh, who are we kidding? With work and the little ones, there isn’t time for much beyond a daily walk and counting down the days until the premiere of “Frozen 2” with their girls. Even reading a good book (one of Nancy’s other interests) usually has to wait for vacation. But she enjoys the day-to-day adventures of parenting two. Just two.
“My friend told me that you can never really be prepared for any stage in parenthood because as soon as you figure out how to deal with one stage, they move on. ‘Wait, I have the potty-training down and now I’m doing this?’” she laughs. “So we’re stopping at two. We’re all done because man-to-man is enough of a challenge for us. I don’t think we could do zone.”
Parenthood has also inspired Nancy to adjust her priorities a bit. “I’ve always wished I could go back and give myself advice as a college freshman and say, ‘Have more fun, don’t study so hard.’ My dad told me that at the time, but I didn’t take his advice,” she says. “My dad also told me, ‘Don’t work so hard.’ I am starting to take that advice now that I have kids, because you want to slow down and appreciate the moments.”
This post was written by Kathryn Flynn, an editor at Dragonfly Editorial. 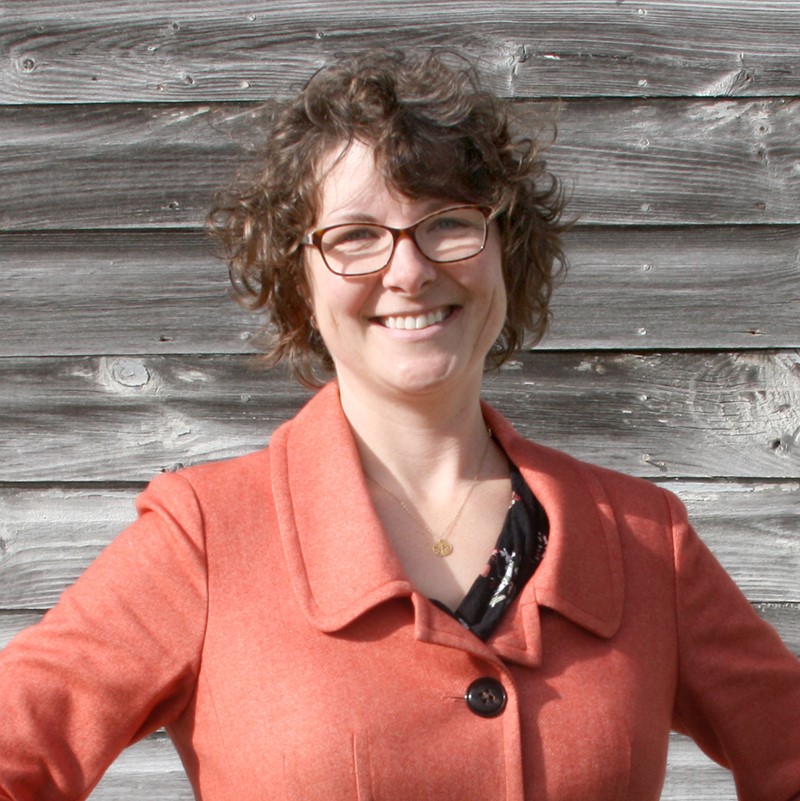 Lisa Pere
PrevPrevious3 Questions Every Copywriter Should Ask
NextWriting for Inclusion: "It Does Not Mean What You Think It Means"Next