An Editor’s Journey: From Heartbreak to Tuesday

Michelle Anderson’s path to becoming an editor began with heartache: She was in graduate school, working on her Ph.D. in English literature, when her mother became ill. Michelle dropped out to care for her mother; when her mother passed away, Michelle decided not to return to university.  “Even though I couldn’t study literature, I was still looking for a way to use my language skills,” Michelle says.

“I had always been fascinated with medicine,” Michelle recalls, and she soon found work with a medical and technical documentation start-up based in St. Paul, Minn. She got involved in editing work for them and soon was a managing editor. She moved to Colorado to work for a magazine there, but after three years she returned to St. Paul to start freelancing. And, that’s when she met Dragonfly owner Samantha Enslen through a mutual contact.

In 2018, she made the leap from freelance to full time, becoming Dragonfly’s first Senior Editor in charge of medical projects.

When she’s not busy editing, Michelle can often be found at a nearby stable, where her two much-loved horses reside. “I always loved horses growing up,” Michelle says. She got back in the saddle 10 years ago, when she was given beginners’ dressage lessons as a birthday present. It wasn’t long before she gave in and bought Maggie, a then 10-year-old American paint horse.

Little did she know, Michelle was getting more than she’d bargained for: “When I bought Maggie, I had no idea she was pregnant.” Maggie showed no outward signs of her condition until one weekday morning in early March she gave birth to a foal named—fittingly—Maggie’s Tuesday Surprise (Tuesday, for short).

With Maggie now retired because of arthritis, Michelle and Tuesday compete in mid-level dressage, training together about four days a week. Tuesday, now 10 years old, is competing well and a joy to work with. “Her body shape is well suited to dressage,” Michelle says. “She’s no Hanoverian stallion, but she’s good at it and seems to enjoy our work together.”

The unexpected opportunity to watch Tuesday grow up has been hugely rewarding, says Michelle, and a great stress reliever. “I can be having a bad day, but when I go over to the stable, all of that just falls away.”

“Being around my girls is everything.” 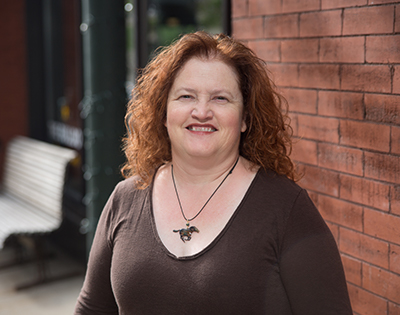