Editor Sophie Michals Is Just What the Doctor Ordered

If there’s knowledge to be gained from every job, the one lesson Sophie Michals has learned from her years as an editor is that she’s happiest when she’s her own boss.
The St. Louis native, who now lives in Chicago, became a contractor for Dragonfly in May 2017 after years working in advertising and consulting firms. Undaunted by layers of Latin and acres of abbreviations, she has found a comfortable niche in medical editing, though she’s happy to tackle just about any topic.
Like many editors, her love of words began at a young age. “I’ve always been really into words,” she recalled. “I would fight over the crossword puzzles with my mom as we got the daily paper. I tried to get it first and fill in all I could.”
These days, her goal is still pretty singular: “I enjoy helping people get their message across in a clear way.”

Service with a smile

Sophie’s love of language followed her to college. But after earning an English degree from Lindenwood University in St. Charles, Missouri, she served her first clients in an unrelated capacity: She waited tables and tended bar for a few years. Though her customers were probably quite content with her first full-time job, her parents decidedly were not. “They wanted me to use my degree,” she said. Her response was typical twentysomething: “Well, I went to school to learn. I’m fine.”
Eventually, though, she had had her fill of the hospitality industry. She signed up with a temp agency and ended up working at the reception desk at an advertising agency. Before long she found herself responsible for routing job folders to the various team members who needed to see them. “As I was taking the things around, I was looking at the copy and thinking, ‘Wow, this stuff needs work.’ I’m seeing misspellings, I’m seeing all sorts of stuff,” she said. “So I talked myself into a job.”

A fan of pharma

During her 18 years in advertising, Sophie worked with a number of clients, including one in the pharmaceutical industry. As she began finding editing work on the side, she was drawn to pharma work there as well. “That was that,” she said, and it’s been her niche ever since.
Sophie says she likes medical editing because “I’m always learning something new. Sometimes stuff gets kind of repetitive and boring, but I like learning new words and learning about diseases.”
Complicated medical terminology and its associated symbols mean Sophie spends a lot of time looking up things, especially Latin words and drug names, but she enjoys the challenge. She said her favorite task would be something like what she’s currently working on for Dragonfly: a manuscript for a medical journal.

After advertising, Sophie worked for a consulting firm of psychologists who focused on high-level executive development. “They wrote a lot of reports, and they were having their admin copyedit their reports,” she said. “There were no standards. They were basically doing damage checks.” Sophie established their editorial team, building it into a group of five employees and a pool of freelancers.
After 2½ years of long hours at the consulting firm and another brief stint in advertising (the firm laid off one-third of its staff three months after she started), Sophie decided to branch out on her own. She already had a base of clients, and it took a while to build on that — a task that led her to Dragonfly through a Google search — but she doesn’t regret her decision. Her advice to others considering a similar move: “Don’t be afraid. Get out there and talk to people, and beef up your LinkedIn profile.”

Backwards read to helps it

Of course, one doesn’t spend years in the editing business without picking up a few tricks of the trade. Sophie says the best editing advice she ever received was to read backwards. “I can’t say I always do it, but when I have time to, I do. I catch things like double words. I find more errors.”
Whether reading forward or backward, her favorite reference books are always close by: the Chicago Manual of Style and Words into Type, an oldie but goodie she often turns to for guidance. “I still love that book. I don’t think it’s even being published anymore,” she said. “It has a great list of commonly misused words and an extensive section on how to copyedit.”
And though she regularly refers to style guides, she refuses to make them style bibles. “I don’t like it when people are too interested in following a style manual. Like, we do AMA style and it has to be AMA and AMA says this,” she said. “It might not work for what the client’s doing.”

Sophie lives with her longtime boyfriend, Lou, and an 86-pound Lab/rottweiler mix named Julep Lee. Lou plays guitar and piano, sings, and writes songs, but there is decidedly no jamming going on at home. “I have no talent in that area. I LOVE music, but no,” she said. “I grew up listening to old country and blues, but I got really into punk rock music and rock music and jazz and hip-hop. I like everything.”
In addition to music, Sophie enjoys karate, yoga, and reading. And food.  “I bake a lot and I eat a lot. I go out to restaurants a lot,” she said. Perhaps surprisingly, this foodie’s guilty pleasure is an orange square of processed goodness with a hole in the middle: Cheez-Its. “Everything’s about food for me, but seriously, it’s such junk, but I love those things,” she admitted.
As for reading, “I used to read a ton of fiction and now I read mostly nonfiction, especially historical nonfiction about certain eras in Japan,” she said.
She said an ideal evening would combine most of the above: tacos, a good book, some tunes, and relaxing with Lou and Julep Lee. And a box of Cheez-Its.
This post was written by Kathryn Flynn, an editor at Dragonfly Editorial. 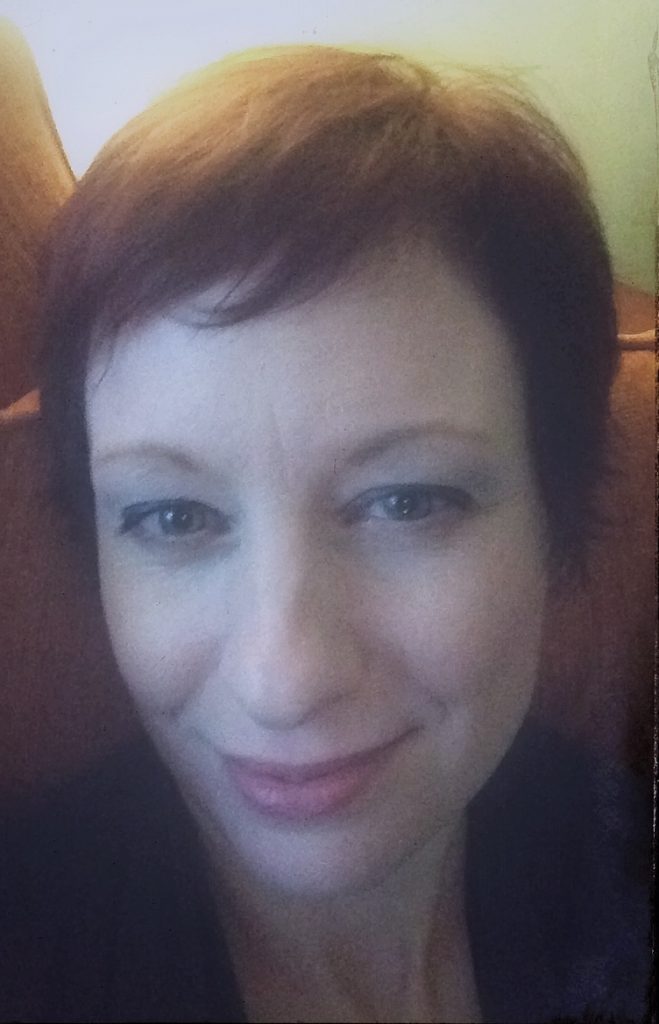