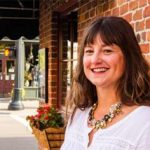 If a picture is worth a thousand words, Lexy Nesbitt has all the other Dragonflies beat. While the rest of the staff is consumed with syntax, grammar, spelling, and punctuation, Lexy is all about design.

Her talents are not limited to visual communications, though. Over the years she has often written social media content, blogs, and newsletter content for Dragonfly clients. But she’s happiest when she’s visually connecting with readers, creating a clean design that compels them to take a closer look. “I think a lot of the things that I like about design are very sort of unromantic in the sense that I like taking a bunch of stuff and creating order out of chaos,” she said. “You can give me reports where all the graphs look ugly, and I get huge satisfaction out of making everything look consistent, making everything look like it’s part of the family. I’m well suited to the super detail-oriented process of graphic design.”

Lexy knows design is a good fit for her because she tried on just about everything else.

She grew up in Trotwood, a suburb of Dayton, and earned an English degree from the University of Dayton. From there, she headed to Knoxville to put her degree to work. “I feel like I’m part of the generation that got burned. I feel like I was told, ‘Everybody wants somebody with a liberal arts degree. You’ll be able to get a job like that!’” A college friend told her about a big communications company that had set up its headquarters there and would be a perfect fit for an English major. Unfortunately, by the time she got there, the company was shutting down and Knoxville was overrun with writers in need of work. “I tried everything,” she recalled. “I tried newspapers and everything associated with journalism I could think of, and I was applying for random jobs like technical writing jobs for which I was probably completely unqualified. And nothing was happening.” After working retail for a few years, she decided it was time to try something new.

Her timing was better for her next venture: computer programming. Both Lexy’s parents were pioneers in computer programming back in the late ’60s early ’70s. Thinking she might have some innate aptitude for programming and with Y2K panic reaching fever pitch, she decided to study computer science. There was just one problem: “I hated every minute of it. I lasted one semester,” she said.

Her heart was in art

Heading back to the career drawing board, she recalled her high school days, when she thought commercial art seemed like it could be fun. Before long she had earned a bachelor of fine arts degree from UT, Knoxville. At last, she had a degree she could use … and a job to match! She segued a college internship at the Shelton Group, a small Knoxville ad agency, into a full-time job as a graphic designer. About six years later, with a 6-month-old son at home, she decided to freelance full time.

One of her clients was Samantha Enslen, whom Lexy had known her entire life (literally her entire life; they’re sisters). When Samantha established Dragonfly Editorial several years later, Lexy agreed to handle design duties. These days she works 32 hours a week, stopping short of full time so she can be on hand when son Hank, now 12, and daughter Phoebe, 11, get home from school.

But that still leaves enough time to work her design magic on a variety of tasks. Her favorite project of late was Dragonfly’s recent rebranding. “That was so great because Sam kind of just gave me

an open-ended period of time to work on it,” she explained. “There was a conference that she wanted it to be ready for, but I had a long time to go through it and there were a couple different permutations I went through before I arrived at what it is now.”

Lexy first created the new Dragonfly logo, which features dragonfly wings cut out of the lowercase D. “That took forever to arrive at,” she laughed.

In the end, she’s proud of a new brand that, like Dragonfly itself, is friendly and approachable but also substantial and “going places.”

In her spare time, Lexy likes to garden and read fiction, especially true-crime books (her current recommendation: “The Yoga Store Murder” by Dan Morse). She’s also a fan of horror movies. And each summer, she and her husband, John, travel with Hank and Phoebe to her aunt and uncle’s house in the Adirondacks. It’s a nice break and gives her the chance to spend quality time with her children, maybe impart some life lessons to them. Like this one, which she said she’d give her younger self: “Don’t go to college until you know what you want your career to be.”

This post was written by Kathryn Flynn, a senior editor at Dragonfly. 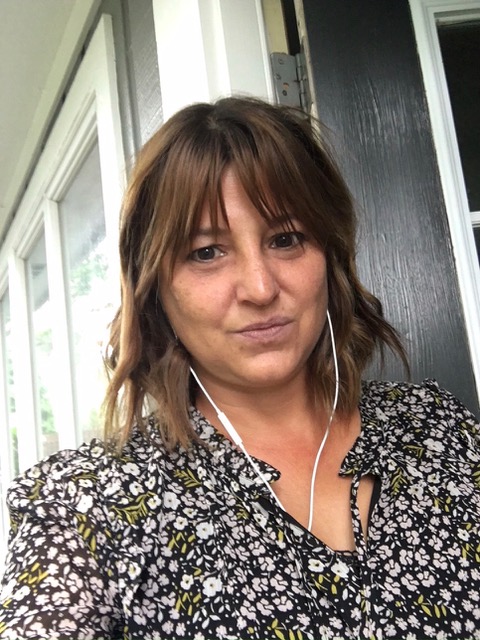